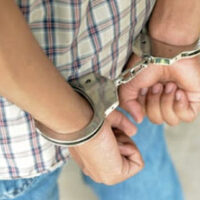 The crime of manslaughter is classified as either voluntary or involuntary.  For either, there must be no premeditated intent by the accused to kill. When manslaughter is the charge (and not murder), it is because the act of taking a life was not planned in advance.

In Georgia, manslaughter is unlawful whether it  deemed voluntary or involuntary, and if a conviction is made then there can be many years that a defendant will have to serve in jail. It is critical that if you are charged with manslaughter you have the most effective and tactical legal advocate on your side to help you secure the best outcome for your case. The Georgia manslaughter lawyers at Hawkins Spizman Trial Attorneys offer guidance and sound legal defense strategies that can help you when you go to trial.

When the taking of life is done in the “heat of passion” or when a person becomes so emotionally enraged they are unable to control themselves, they may become physically violent towards another person. The killing was not an act the individual was determined to do in advance when they had a sound mind and were unprovoked. The killing happened at a time when some course of events inflicted a considerable emotional response which caused a person to become violent and death resulted. A prime example of voluntary manslaughter would be if one spouse unexpectedly walks in on their counterpart engaging in adultery. The spouse that witnesses this may feel such tremendous agitation over the scene that they lash out and kill.

Typically, involuntary manslaughter happens when an individual has no desire to take a life but acts in a negligent or careless way that causes death. A common example of this type of crime is car accidents. For instance, a driver is looking at their cellphone while driving at excessive speed, flies through a red light, and runs over a pedestrian killing that person. This loss of life could be considered involuntary manslaughter.  In Georgia, there is a separate charge (O.C.G.A. 40-6-393) of Homicide by Vehicle, which delineates felony and misdemeanor classifications based upon the facts of the case.  First degree homicide by vehicle requires proof of DUI or Reckless Driving, where misdemeanor homicide by vehicle requires only proof of a traffic violation.

It is best to retain legal counsel with an attorney that understands how to defend against manslaughter charges. In Georgia, prison time could be up to 20 years making this a very serious offense. Your future is on the line if convicted of a manslaughter charge so having the most diligent and knowledgeable attorneys on your side supporting your best interests are only to your advantage. To schedule a free consultation with an Atlanta manslaughter lawyer at Hawkins Spizman please call 770-685-6400 today.

By Hawkins Spizman | Posted on November 1, 2022
« The Age Of Consent In Georgia And Statutory Rape
5 Common Questions About DUI In Georgia »
Skip footer and go back to main navigation