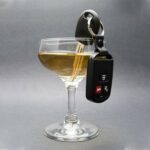 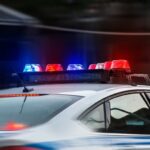 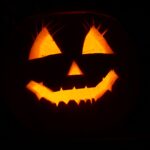 Why Halloween Is a Terrible Time to Be Driving

You may think that the most frightening experiences you’ll have on Halloween will be the costumes and pranks. The truth is that it’s drunk drivers you have to be most concerned with. According to the National Highway Traffic Safety Administration, Halloween is one of the deadliest nights to be on the road. The administration… Read More » 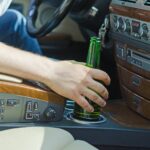 Everything You Need to Know About Ignition Interlock Devices

If you are convicted of driving under the influence in Georgia, your Atlanta DUI lawyer may inform you that the judge has required you to install an interlock ignition device on your vehicle. You may have questions, and rightly so. There are misconceptions surrounding ignition interlock devices and their use. Here’s what you need… Read More » 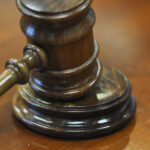 How to Choose a DUI Attorney in Atlanta

Being charged with driving under the influence is not something to take lightly. A DUI conviction in Atlanta can have a lasting negative impact on your life. It’s important that you find an experienced attorney to stand up for you in court. Here are some tips for finding the right DUI attorney in Atlanta… Read More »

When a person is charged with driving under the influence in Atlanta, they are understandably overwhelmed, especially if they’ve never been charged with a crime. It’s often the things we don’t know or understand that cause us the most anxiety. Being accused of DUI is certainly cause for worry, but you may be able… Read More »

When people think of driving under the influence, they picture a vehicle of some sort. Typically, thoughts turn to a car or truck. People may have read the odd story of someone being charged with DUI while driving a tractor or boat, sometimes even a bicycle, but these stories are few and far between…. Read More »

Can I Drink On My Boat?

A law was passed in 2016 making it legal to “float under the influence.” Many boaters and non-boaters alike took this to mean that the state of Georgia had made it legal to drink on one’s own boat. This was not the case. The floating while drinking law only pertains to people floating on… Read More »

Can Kombucha Tea Cause You To Get a DUI?

In February 2017, Minnesota Vikings wide receiver Michael Floyd was convicted of driving under the influence. As part of his sentence, he was given house arrest and ordered to self-administer breathalyzer tests. During his sentence, he failed a breathalyzer test, thereby violating the terms of his house arrest. He mounted what some saw as… Read More »

Georgia Is One of the Toughest States for DUI: Here’s Why

Drunk driving is still a very real problem in the United States. It not only costs money, but it costs lives as well. In 2015, drunk driving was the cause of just under 30 percent of all vehicle fatalities. Approximately 10,000 people die each year as a result of drunk driving, and the total… Read More »