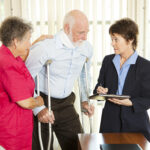 The Most Common Soft Tissue Injuries

FAST FACTS There are more than 12 million vehicle accidents every year. 75% of those injured in collisions still experience symptoms of their injuries six months after the crash. Approximately 20% of victims may have symptoms that worsen. Soft tissue injuries may be the most common types of injuries sustained in car accidents. They… Read More »

Stay Safe with Fireworks This Fourth of July

If you live in Georgia and are getting ready to celebrate the Fourth of July, you have a one-up over people in many other states: You can legally purchase and use fireworks. In 2015, the state passed a law that made it legal to do so. Fireworks to include bottle rockets, Roman candles and… Read More »

A police officer in Atlanta was sent to the hospital last week after she was hit by a car that lost control near Lenox Square Mall. The officer sustained injuries, but was able to radio for help. According to reports, the officer was on Lenox Road working an accident. She was in the median,… Read More »

A crash at the intersection of Marietta Boulevard and Tacoma Drive occurred in the morning hours of Monday, December 4. The crash left five people injured, and it involved a semi truck and van. The Atlanta police are still trying to determine who is to be held at fault for the wreck. According to… Read More »

Three students are now facing charges for what could have been a tragic incident inside an Atlanta classroom. According to school police at Banneker High, a student brought a gun to school. That gun was located inside of a box in the student’s backpack. The student did not pull out the weapon, instead it… Read More »

Polk County Chief Out of Hospital

The chief of the Polk County Police Department was involved in an accident Friday morning. According to reports, the chief was treated and released from the hospital. The chief was heading westbound on Highway 278 on his way to work. He was in front of Polk Medical Center when he noticed a woman and… Read More »

Students aboard a bus traveling through Atlanta were excited to be embarking on a mission trip to the continent of Africa, readying themselves to help others. The students from Alabama soon experienced different emotions as their bus was involved in a crash near Atlanta. Several people in the collision were injured and one student… Read More »

A bus driver involved in a fatal accident has officially been charged. The man who was driving the bus at the time of the crash has been charged with two counts of vehicular homicide and failure to yield. Each of the charges is a misdemeanor. According to reports, the man was driving a bus… Read More »

A man riding his bike in Senoia was hit by a car in March. The driver of the vehicle that struck the cyclist will faced multiple felony charges as a result of the collision and his decisions immediately after. According to reports, a man was riding his bicycle up a hill on March 30…. Read More »

Dog bites can result in a variety of mild to severe soft tissue injuries, ranging from lacerations to nerve damage and, in some cases, even broken bones. For those who have been attacked, the incident often ranks as one of the scariest experiences in their lives. Recently, the Georgia Supreme Court made a decision… Read More »