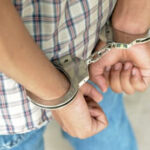 The crime of manslaughter is classified as either voluntary or involuntary.  For either, there must be no premeditated intent by the accused to kill. When manslaughter is the charge (and not murder), it is because the act of taking a life was not planned in advance. In Georgia, manslaughter is unlawful whether it  deemed… Read More »

The Ramifications of the Texting Manslaughter Case

A young woman recently made national headlines after being found guilty of manslaughter in an unusual case. The woman had texted her boyfriend, encouraging him to commit suicide. In his decision, the judge in the case called the woman reckless. The woman’s case is the first in which someone has been convicted of such… Read More »