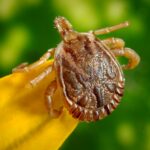 Feeling Weak Recently? It May Be From a Tick Bite

It sounds like a case of medical malpractice but, in truth, it isn’t. Rules are rules, they say, and in this case, the rules could end up costing a toddler his life. According to reports, a child was born in Atlanta without kidneys. After a search for a donor, the boy’s father was found… Read More »