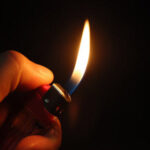 What Are The Penalties For Committing Arson In Georgia?

Arson is an intentional act where some type of property is set ablaze and put on fire. Arson is a crime and in the state of Georgia, arson charges are always classified as felonies. Within the felony classification exists levels of severity which are first, second, and third-degree. The harshest penalties come when arson… Read More »

Atlanta Man Charged with Arson in I-85 Collapse

The news of the Interstate 85 highway fire in North Atlanta that resulted in that same roadway’s collapse made national headlines. At first, officials were not sure what had caused the blaze that destroyed part of the highway. It was only after an investigation that it was discovered that arson was the cause of… Read More »

Most people know that arson involves fire, but many don’t know exactly what constitutes arson. There are many types of crimes that fall under the “arson” umbrella. These include setting fire to your own property with the intent to commit fraud. In most cases, arson is a felony due to its serious nature and… Read More »