Category Archives: In the News 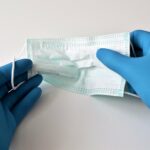 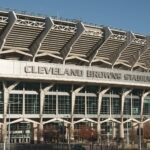 On February 16, a mother and her small daughter were struck by a car while they were crossing the street so the child could get on a school bus. The child later passed away from her injuries. According to reports, the mother was holding the child in her arms as they crossed Rays Road… Read More »

Just days before Valentine’s Day, a homecoming queen was killed in a vehicle accident in Dawson County. The high school senior was driving when her vehicle collided with a semi truck just a mile from where she attended school. The young woman from Dawsonville was only 18 years old. According to the Georgia State… Read More »

Multi-Car Accident on I-75 Results in Fatality

A frightening accident occurred on I-75 on New Year’s Eve morning. A woman lost her life as a result of injuries sustained in the collision. According to reports from the Marietta Police, a woman was driving northbound on I-75 when she lost control of her vehicle. She ended up spinning around and stopped facing… Read More »

A woman traveling down Georgia 400 was hit by, not a another vehicle, but a flying tire that came from the opposite side of the roadway. The woman lost her life as a result of the incident. According to police who investigated the scene, the woman was traveling in the southbound lane of Georgia… Read More »

It was an accident that no one could have expected. A train derailed on Thursday in Atlanta, and a car from the train was sent careening into a nearby home, destroying it and leaving its occupants trapped inside. According to reports, a man was asleep in his bedroom at around 3:00 a.m. It was… Read More »

It was a sight no Atlanta resident ever expected to see: A tiger walking down neighborhood streets. Several residents of a metro neighborhood called 911 after spotting the jungle cat walking past their residences. According to reports of the incident, the tiger named Suzy had escaped the truck she was being transported in. Feld… Read More »

Hurricane Irma was located in the Atlantic Ocean just as people in Houston and the surrounding areas were putting the pieces back together following Hurricane Harvey. The discovery of the storm led officials to begin tracking it and warning residents of Texas that they may be in for another hit. As the storm picked… Read More »