Is It A Crime To Carry A Gun In Public In Georgia?

According to the research and analysis organization, The Rand Corporation, mass shootings are events with no established definition. Depending on where you hear about what is considered a mass shooting, media outlets, or law enforcement, for example, you could hear very different interpretations of these deadly events. With word and widespread media coverage of… Read More » 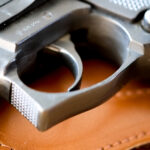 Are 3D Printed Guns Legal or Not?

You can find anything on the Internet. Whether you are looking for a recipe or instructions for fixing your plumbing, you fire up your computer and begin searching. We do it every day. While these things are innocuous, what about those things available on the Internet that potentially put people at risk? Some time… Read More »

When it comes down to it, a “TSA-Approved” gun case does not exist. The government agency does have requirements when it comes to transporting your firearm by air, but you won’t find a case that has a label or tag declaring it’s approved by the Transportation Security Administration. If you don’t meet the requirements… Read More »

The 146th annual meeting and exhibit of the NRA, or National Rifle Association, was held in Atlanta in 2017. Dubbed as a celebration of freedom, the convention left many people with questions regarding gun safety and the ability to purchase a firearm. For supporters of the NRA, the convention is a place to gather,… Read More »

What Can Prevent You From Being Able to Own a Gun?

Gun rights and gun restriction laws are always a hot topic, but become even more so after reports of someone using a gun to commit a serious or savage crime. No matter where you stand on one’s right to own a firearm, there are those who, by law, are not permitted to have a… Read More »

A man and woman were arrested in Atlanta this week and charged with breaking into vehicles. The pair are suspected of breaking into cars with the intent of stealing firearms. Authorities said that more than 40 firearms have been stolen by the two who have broken into 161 cars in the last seven months…. Read More »

As school shootings once again made the news last year, those on college campuses around the country began to call for the ability to protect themselves by carrying concealed weapons of their own. Some were proponents of this idea, and some were very much opposed to it. After a long battle full of compromise,… Read More »

The Atlanta rapper Waka Flocka Flame was arrested in October 2014 for a variety of charges, including carrying a concealed weapon. The arrest occurred at Hartsfield-Jackson Atlanta International Airport. A four-day trial was conducted early this month and at the conclusion of the trial Waka Flocka Flame, or Juaquin James Malphurs, was acquitted of… Read More »

What You Should Never Do at Hartsfield-Jackson

If you will count yourself among the hundreds of thousands of people who will be traveling by air this holiday season, you may want to keep in mind a few things about airport behavior. While some of the things you may do could have a few curious glances thrown your way, other things could… Read More »

According to Atlanta law enforcement officials, the city is experiencing a surge in vehicle break-ins. National reporting has found that the city is in the lead when it comes to firearms stolen out of vehicles. Over the last several weeks, there have been a total of 120 vehicles broken into during what officers are… Read More »