What Are The Penalties For Committing Arson In Georgia? 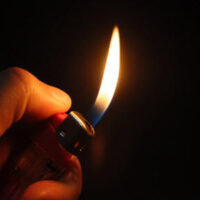 Arson is an intentional act where some type of property is set ablaze and put on fire. Arson is a crime and in the state of Georgia, arson charges are always classified as felonies. Within the felony classification exists levels of severity which are first, second, and third-degree. The harshest penalties come when arson is charged in the first degree.

There are legal strategies to defend against arson charges in Georgia. Individuals facing arson charges can be looking at penalties that are quite severe especially if the crimes are considered arson in the first degree. To combat such charges working with an experienced and strategic Georgia arson lawyer at Hawkins Spizman Trial Lawyers is essential. The attorneys at Hawkins Spizman always offer free initial case evaluations. So, as soon as arson charges are brought about, individuals who have been arrested should immediately get in touch with Hawkins Spizman to learn more about what legal defense could be used to help them overcome their charges.

What Happens If Someone Burns Down a House in Georgia?

It does not matter if a home is actively being lived in or is vacant. When a person willfully puts it on fire, this will come with arson in the first-degree charge. Whether it is a simple fire or explosives, burning down a dwelling is a serious situation that the state of Georgia does not take lightly. If convicted of first-degree arson charges the fines and jail time can be extensive. Fines can be as expensive as $50,000 and jail time may be as long as 20 years behind bars.

According to the United States Fire Administration, in 2019 there were approximately 5.7 deaths and 28.9 injuries per 1,000 residential structure fires in Georgia. When compared to the national average of 6.2 deaths and 25.6 injuries per 1,000 residential fires, Georgia reported fewer deaths in these situations but higher injuries. Atlanta is the capital of the state of Georgia and the most populated city, and as such, there are many incidents of arson reported each year.

Fires can start for many reasons. However, should a person deliberately set a structure or other type of property on fire, the incident will be investigated. When it is determined that a fire incident was done purposefully and a person who is suspected of committing such an act is caught, they will be arrested and charged with arson. Should the property be considered a dwelling, a first-degree felony will be applied and the potential outcome of a case should a conviction happen will be steep and stern.

To increase your chances of securing the best possible outcome after you were arrested for arson in the first degree, getting in touch with a knowledgeable lawyer is critical. For more information about how you can defend against first-degree arson charges in Georgia, the Atlanta arson defense attorneys at Hawkins Spizman can help. Please call 770-685-6400 today to speak with an attorney.

By Hawkins Spizman | Posted on August 11, 2022
« Is It Easy To Get A Bond After An Arrest In Georgia?
Does Age Matter With Simple Assault Charges In Georgia? »