I-75 Truck Rollover Accident On Independence Day Was Alcohol-Related 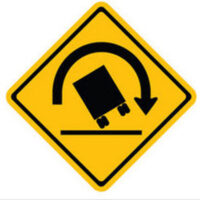 Georgia State Patrol arrested a man and charged him with a DUI after a rollover accident transpired on Interstate 75 on July 4, 2022. According to reports, the man was driving a truck while he was inebriated. The truck rolled over and a female passenger was ejected from the vehicle. The man did not stay at the crash scene and was later found at a Cobb County bus station. In addition to the DUI charge, the man is also facing several other charges including failure to maintain a lane, serious injury by vehicle, and leaving the scene of an accident. As for the female, she was reported to have been taken to Wellstar Kennestone Hospital for treatment of serious injuries.

Car accidents can be shocking and have catastrophic outcomes for those involved. When they are alcohol-related and the aftermath is cataclysmic, this can be even more appalling. Victims of car accidents in Georgia may be able to seek compensation from the negligent party that caused their accident. After a drunk driving accident, serious, debilitating injuries and death can result. Victims that suffer damages from an alcohol-related car accident can call on the Cobb County personal injury attorneys at Hawkins Spizman Trial Attorneys for more information on the personal injury claims process and how to obtain the most compensation from their claim.

The Aftermath of Drunk Driving Incidents for Victims

Even though it is well known that it is incredibly dangerous to drive while drunk, not to mention universally unlawful in the United States, there are people that still do it. And in the United States, drunk driving incidents are high and can often come with deadly outcomes. As many as one in three fatal crashes in the country involve alcohol-impaired drivers. In 2009 alone, there were 11,000 lives lost from alcohol-related crashes throughout the country.

In crashes where a drunk driver hits another party, they are going to assume liability for the resulting damages. Because drunk driving is unlawful, not only will they likely face a civil legal suit, but they will also face criminal charges.

A civil case will allow victims to secure financial compensation for their losses. Depending on the circumstances of how the crash happened it could be possible that a victim is additionally awarded punitive damages. Punitive damages are an additional amount of money added to a settlement that acts as a punishment to the defendant.

If you were harmed in a car accident in Georgia or if you lost a loved one, you may be able to recover financial compensation for the losses you suffered. Please call the Atlanta personal injury lawyers at Hawkins Spizman to have your case evaluated during a free consultation at 770-685-6400.

By Hawkins Spizman | Posted on September 7, 2022
« Is Emotional Pain Compensable In A Personal Injury Claim?
Should You Obtain An Attorney Before Your DUI Arraignment? »