Are 3D Printed Guns Legal or Not? 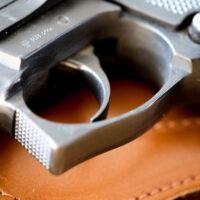 You can find anything on the Internet. Whether you are looking for a recipe or instructions for fixing your plumbing, you fire up your computer and begin searching. We do it every day. While these things are innocuous, what about those things available on the Internet that potentially put people at risk?

Some time ago, the several states fought to make it impossible to find 3D gun blueprints online. Just a few weeks ago, the lawsuit was settled and made it legal for the CAD files (that is, design files 3D printers use) to be released to the general public. Then, a federal judge blocked the release of those files.

It’s a fight that is ongoing, but what does it mean to you? The blueprints have been downloaded more than 400,000 times since their release in 2013. If you’ve gotten your hands on them or just want to know if you can print a gun in your own home, there are things you need to know.

The Issue with Printed Guns

According to the executive director of the NRA’s Institute for Legislative Action, Chris Cox, “undetectable plastic guns have been illegal for 30 years.” In order to be in compliance with the law, any blueprint for a 3D-printed gun must include a metal firing pin and a piece of steel that allows metal detectors to pick up the weapon.

When a 3D gun is printed, it doesn’t not have several critical components. In other words, it is not ready to be fired without modification and additional building. In California, anyone who owns such a gun must register it. It is expected that other states will follow suit.

So, is it illegal to print a 3D gun? Not if you obtained a file prior to it being taken down. That said, like with anything on the Internet, there are mirror sites. It is still possible to find a file even if you didn’t download prior to it being blocked.

There are no restrictions on a person building a firearm for personal use. If, however, you decide to manufacture a few 3D printed guns and sell them to your friends, you are violating federal law.

Your state law may be different. For example, in California, any person who wants to build a firearm must first apply with the state Department of Justice for a unique serial number. In Georgia, lawmakers will likely debate the topic when they reconvene in January.

People interested in making a 3D printed gun often wonder if they are safe. Inherently, yes. When the gun is released from the printer, it is no different than a model or toy. It is not a weapon but a replica. It is only after it is milled and pieces are added that it becomes fireable, and that’s where the problems begin, according to some.

An example of how dangerous these weapons may be was demonstrated by police in Australia. Back in 2013, police manufactured several of the original 3D guns. They used nothing more than a computer file and an expensive desktop printer. Once printed, the police placed the guns in a vise and fired them multiple times, using a wire to pull the trigger. The guns blew up each time.

Experts say that the weapons may be far more dangerous for the people handling them than for anyone standing in front of them. It’s expected that in a decade or more, we may have the technology to print weapons that are safe and useful, but we don’t have it today. Experts fear that people will build and use these weapons simply because they can, without regard for their own safety.

Are they worth the risk?

If you need or want a firearm, there are legal ways to purchase a “real” one. There are classes available that will teach you how to use the weapon in a safe way if you aren’t already familiar with how to do so. Experts say that it is far easier to obtain a legal weapon, and more cost effective, than it is to make one in your home.

For now, you are well within your rights to print a 3D gun in your home, but know that chances are you don’t have the materials you need to manufacture the weapon cost-effectively or make it work in a safe way. If you decide to make a weapon and then sell it or give it away to a friend or family member, you are violating federal law. While all this may change in the near future, we aren’t there just yet.

Being arrested for a gun crime is a serious situation that requires expert legal representation. As an Atlanta gun crime defense lawyer, we are here for you. We understand the consequences you are facing if you are convicted and will fight to not let that happen. A gun crime conviction can have a serious impact on your ability to maintain employment, not to mention your good name.

By Hawkins Spizman | Posted on August 22, 2018
« School Zone Safety Tips for Pedestrians and Drivers
The Most Common Soft Tissue Injuries »