Close Menu
Georgia Criminal Defense Lawyers > Blog > Gun Crimes > Is It A Crime To Carry A Gun In Public In Georgia?

Is It A Crime To Carry A Gun In Public In Georgia? 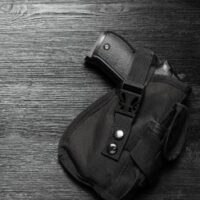 According to the research and analysis organization, The Rand Corporation, mass shootings are events with no established definition. Depending on where you hear about what is considered a mass shooting, media outlets, or law enforcement, for example, you could hear very different interpretations of these deadly events. With word and widespread media coverage of mass shootings, or shooting incidents where multiple people die at one time, the reporting on these events can often be sensationalized far too quickly. Though no matter how they are covered there is no doubt that when the unexpected, and unnecessary loss of life happens due to violence it is a tragedy.

Mass shootings are often what prompt the issue of gun ownership and gun control to be brought up by government officials. There is a passionate debate regarding current gun laws in the United States and potentially the need for more. And while there are federal gun laws, each state has its own laws when it comes to owning, using, and carrying a firearm. If you were charged with a gun-related crime, our Georgia gun crime defense attorneys can help you learn more about your rights and help you defend them in court.

What are Georgia’s Gun Laws?

Georgia tends to be a very gun-friendly state when compared to other states in the nation. When a person is legally licensed to purchase and own guns in the state of Georgia, they are also allowed to carry their gun on them in many places they go. For the most part, a Georgia gun owner can carry their firearm on them in the public as well as in private residences, with some exceptions.

For private locations, the owner must provide consent for a gun owner to bring a gun onto their property. If the property owner does not want a gun on their premises they can prohibit a gun owner from entering with their weapon.

For public restrictions, there is a list of specific places where gun owners are forbidden to take their firearm. School property, prisons, and nuclear facilities are examples of areas where gun owners may not bring their weapon. And then there are places that do not allow gun owners to carry their weapons if they do not have a license to carry them. These include state parks and public transportation centers, to name two.

It is imperative that gun owners know their rights but also have an understanding of Georgia’s gun laws to stay out of trouble with the criminal justice system. Carrying a firearm in a location where it is strictly disallowed can come with very strict penalties.

In 2022, Governor Brian Kemp signed into law what is commonly referred to as Georgia’s “constitutional carry” law.  It allows citizens to carry a firearm without having to apply for and obtain a weapons carry license. This law is widely viewed across the nation as a victory for Second Amendment enthusiasts, and for those seeking to protect themselves, their property, and others wherever they go.

After a gun-related arrest, it is best to quickly get in touch with a Georgia gun crime lawyer. At Hawkins Spizman, our talented and knowledgeable gun crime attorneys understand how to defend against serious gun crime charges. For more information on how you can best overcome your Georgia gun crime charges, please connect with the Atlanta criminal defense attorneys at Hawkins Spizman Trial Lawyers because our legal team knows how to get results. Please call today to schedule a free consultation at 770-685-6400.

By Hawkins Spizman | Posted on August 4, 2022
« What Should You Say To The Police After A Car Accident In Georgia?
Are There Valid Reasons To Miss Your Court Case In Georgia? »