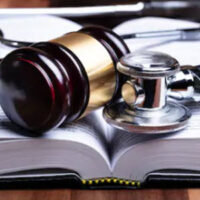 In Georgia, those individuals who believe they were the victim of medical malpractice can speak with the Fulton County personal injury attorneys at Hawkins Spizman Trial Attorneys for more information on the potential to file a claim and what steps to take to move forward.

How Common is Medical Malpractice?

After a medical procedure or another type of medical treatment, the objective is to further one’s health and help one overcome an ailment or condition. There are many cases of this exact scenario happening. There are also numerous situations where the opposite happens and a patient is injured or dies as a result of faulty or careless medical treatment.

A personal injury attorney that specializes in medical malpractice will be best suited to help you after a mistake made by a medical provider causes your injuries. You can have your case reviewed during a free consultation by a seasoned Atlanta personal injury lawyer at Hawkins Spizman Trial Attorneys by calling 770-685-6400.

By Hawkins Spizman | Posted on September 13, 2022
« How A Criminal Record Could Affect Your Ability To Attend College
4 Tactics Trucking Companies Use To Avoid Paying Victims Of Truck Accidents »