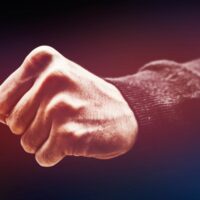 You may feel overwhelmed and even frightened if you have been charged with assault in Georgia. As Atlanta assault defense attorneys, we represent clients who have been accused of this serious crime. We know that you may feel as if you have nowhere to turn and no one in your corner. That couldn’t be further from the truth. Our team is here for you and will fight for your rights in a court of law.

We believe that information is powerful. When you understand more about the charges that have been levied against you, you can work with your attorney to create an appropriate plan of action. The first thing you must understand is that being charged with a crime is wholly different from being convicted.

If you have been charged with assault in Atlanta, there are several elements that must be proven in order for a prosecutor to secure a judgment against you. Let’s take a closer look at the crime of assault.

A person can be charged with assault when it is believed or known that they have threatened bodily harm to another in such a way that the alleged victim believes they are in danger. Assault differs from battery in that battery is the actual physical contact. Assault is the threatening act.

People threaten people every day. We all say things in anger that we don’t mean. We even say things in what we believe to be a joking manner. In order for a threat to rise to the level of assault, there are two elements that must be true:

This means that to be charged with assault, you must have intended to strike fear into the victim. This is a very important consideration when assault charges are filed.

When It’s Not Assault

Words alone do not constitute assault. For example, you likely won’t be charged if you tell someone that you are going to “cut them” if no weapon was present. You may have been rude and angry, but the person likely couldn’t have reasonably believed that you were going to cut them without a weapon in your hand.

In order to be considered assault, your words must have an accompanying action that would cause a reasonable person to believe that you were going to do what you said. For example, if you have a gun in your hand and tell someone “I’m going to shoot your leg!”, you have committed the crime of assault. The victim would have every reason to be fearful that you were, indeed, going to shoot them.

You must have had intent in order to be charged with assault. In the criminal justice system, intent can be established if the prosecutor shows that a reasonable person would have been sure that you could have followed through with your threats. Whether or not you did follow through with the threats doesn’t matter.

Let’s take a look at the gun example from above. You point a gun at someone with no intent of really shooting them, despite telling them you are going to. Even though you didn’t have any ideation of following through with your threat, the victim had reason to believe that you would. This is assault. You can tell the court that you would never have followed through with the shooting, but that won’t matter as it pertains to assault.

It’s also important to know that in the legal realm, apprehension and fear are not the same things. Apprehension only means an awareness that something is imminent. In other words, if you point a gun at anyone and tell them you are going to shoot, they would be reasonable to be apprehensive that they were going to be harmed.

Apprehension is variable. For instance, you may cause a child to become apprehensive much quicker than you would cause an adult to be apprehensive. Additionally, the person must be apprehensive that the harm is going to occur immediately. If you tell a person you are going to shoot them tomorrow, you have not committed assault.

Let’s take a moment to recap. Assault is a crime in which a person intentionally threatens another in a way that causes the victim to believe that they are at risk of imminent harm. Simple assault in Georgia is a misdemeanor punishable by up to one year in jail, fines, restitution and probation. If your assault is elevated to a felony (aggravated assault), you face one to 20 years in prison, fines and restitution.

Assault is a serious charge that must be defended by an experienced legal professional. A person charged with assault faces serious consequences if convicted.

If you have found yourself charged with assault in Atlanta, you need an attorney who will fight tirelessly for your rights. Call our Atlanta assault defense lawyers today to schedule a free case evaluation and discover more about your legal rights and options.

We understand that consequences you are facing and will use our knowledge, experience and relationships in the local criminal justice community on your behalf. Reach out to our office now to schedule your consultation.

By Hawkins Spizman | Posted on September 10, 2018
« Why Aren’t On-Field Sports Brawls Considered Assault or Battery?
What You Need to Know About License Points in Georgia »