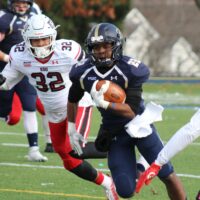 On-field brawls aren’t uncommon in professional or amateur sports. Football players take a few swings, baseball players charge the mound, and even hockey players throw down the gloves. Players are ejected and some suspended. While it’s certainly an expensive punishment for the players involved, it’s not exactly the same treatment anyone on a public street would be given.

If you notice anything in the statistics, it’s this: professional athletes are very rarely, if ever, arrested for assault or battery for on-field brawls, even though there may be thousands of witnesses to the event. But why? There is no law on the books that says an athlete is above reproach. There are no laws that make an exception for sporting events.

It is the very rare case that someone consents to bodily harm. This is an element of assault and battery. The victim did not consent to being physically contacted, and they certainly did not have the assumption that they may be injured. It’s a different case in sports, where players are generally deemed to have consented to physical contact and understand that there is a risk of injury.

There are three requirements that must be present in order to have consented in these circumstances:

Because these requirements are very specific, they only apply in limited and unique circumstances, like athletics.

One of the best examples of a consent to assault and battery is in the world of boxing. These men and women consent to being physically struck multiple times in exchange for a payout.

They accept the risks that these physical contacts bring, and they participate in the sport knowing that they could very well be injured. But does that same implied consent or acceptance extend to sports where people aren’t scoring points by punching each other? The answer is a vague, “sort of.”

Athletes understand that there is a risk of injury when they sign a contract to play a sport. They sign knowing that they may be tackled incorrectly, hit with a baseball or tripped on the basketball court. They also sign acknowledging, whether it’s said or not, that they may be involved in a fight.

As a society, we have come to expect these altercations, maybe even looking forward to them, with no expectation that someone will end up in jail.

Turning Into Battery or Assault

There is one thing that seems to be an exception to the unspoken rule that fighting is okay: Fans being put in danger. ESPN refers to this as the “oh, my god” standard. When a fight spills into the stands and fans of the game are involved or put in danger, criminal charges may be filed against the athletes involved. This has happened in both basketball and hockey.

What tends to happen, though, is that the brawl stays on the field or court. The participants are athletes and sometimes coaches and managers. People get injured and athletes are fined. Some may be suspended for a certain number of games, but they do not routinely see the inside of a courtroom.

In order to be successfully charged and convicted of assault in Georgia, the following elements must be in place:

A person convicted of simple assault can spend up to a year in jail, be ordered to pay fines in the amount of $1,000 and be given probation. The person may also have to pay restitution to the victim. If the crime is elevated to a high misdemeanor, the penalties are enhanced.

A simple assault can be elevated depending on the victim and the circumstances of the crime. A person convicted of an aggravated assault is guilty of a felony and can spend up to twenty years in prison, be ordered to pay fines and have to pay restitution to the victim.

Our Atlanta Criminal Defense Attorneys Are Here for You

You are facing serious consequences that may not end after your court sentence has been completed. Reach out to the Atlanta assault and battery attorneys at Hawkins Spizman Fortas today and schedule an appointment for a free case evaluation and learn how we can hep you.

By Hawkins Spizman | Posted on September 4, 2018
« The Most Common Soft Tissue Injuries
What Elements Are Needed to Prove Assault? »