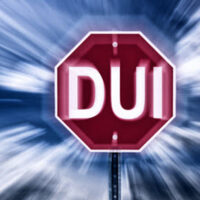 If you have been charged with a DUI while riding a motorcycle in Georgia, you may have been caught off guard. Not everyone is aware that the same laws and regulations that apply to drivers of standard passenger vehicles also apply to motorcycles. However, like all other drivers, motorcyclists have impliedly agreed to adhere to all of Georgia’s traffic rules and regulations, including not to drive while under the influence of alcohol or any drugs (illegal or prescribed) that can impair their ability to drive. Like drivers of other vehicles, it is illegal for motorcyclists to drive with a blood alcohol level over .08. However, many motorcycle drivers find themselves charged with DUIs despite having a BAC well below the legal limit. Why is that the case? We’ll explain below.

Why Was I Charged with DUI if my BAC was under the legal limit?

Taking a breathalyzer test and producing a result above .08 is one way of being charged with a DUI, but it is not the only way. Blowing a BAC over .08 is considered per se proof that you were driving under the influence, however, other proof can also be considered and relied on in charging you. If a police officer notice evidence of impairment in your driving, this is enough of a reason for them to pull you over. If they believe that you are under the influence of a substance that is impairing your ability to drive and they can articulate the rationale for that suspicion, such as swerving, driving without your headlights off at night, failing to stay in your lane or on the road, driving erratically, or traveling in the wrong direction, this may be sufficient to determine that your driving is impaired, even if your BAC is only a .02. Keep in mind that it is also illegal to drive under the influence of illegal and prescription drugs that impair your driving, which would not show up on a breathalyzer test. In these situations they will likely place you under arrest and demand that you submit to a blood test to determine the presence of alcohol or other substances. With motorcyclists, impairment is often particularly apparent, due to the importance of being able to balance and maintain the proper speed. Any out of the ordinary behavior or wobbling will tip off officers that you may be driving impaired.

If you are facing charges for a motorcycle DUI in Atlanta, Dunwoody, Alpharetta, Cobb County, Fulton County, Gwinnett County, Johns Creek, Sandy Springs, or anywhere in Georgia, the experienced DeKalb County DUI attorneys at Hawkins Spizman Trial Lawyers are ready to fight for the best possible outcome in your case. Depending on the circumstances of your case, this may involve a reduction in the severity of your charges, dismissal, or a finding of no guilt. In many cases, we are successfully able to challenge the validity of the tests and provide alternate explanations for the officers’ observations. Contact us today and schedule a free consultation.

By Hawkins Spizman | Posted on March 29, 2022
« Study Finds Alcohol A Factor In Majority Of Fatal Wrong-Way Accidents
Georgia Train Accidents Are More Common Than You May Think »