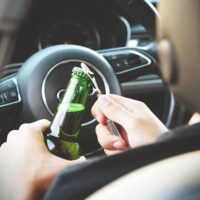 With Thanksgiving and Black Friday behind us, the mad dash to the end of the year has begun. Between visiting family, shopping for gifts and getting year-end tasks done at work, it seems like there will barely be time to breathe this year.

With so much happening, it’s easy to get stressed out and make mistakes. But if those mistakes are criminal in nature, a simple “Oops” probably won’t cut it. As Atlanta criminal defense attorneys, we’ve had more than a few clients who needed out help because they didn’t realize they were breaking a law.

Before you dive too deep into end-of-year festivities, be sure to check out our lists of Dos and Don’ts for this holiday season, and how to avoid being charged with a crime in Atlanta.

DO: Plan Your Alcohol Consumption Carefully
DON’T: Drink and Drive

Chances are, you’ll be consuming some alcohol this year. Whether you’re enjoying hard eggnog with your family on Christmas or a glass of champagne with your significant other on New Year’s Eve, you should keep your wits about you. Public drunkenness and other related crimes are generally misdemeanors, but that doesn’t mean you want them on your record.

However, driving under the influence is NOT a misdemeanor. If you are convicted of a DUI in DeKalb County, the crime will follow you forever. It’s impossible to get it off your record. So if you drink somewhere other than at home, find an alternative way home that doesn’t include driving.

DO: Get Your Shopping Done Early
DON’T: Get in a Fight at the Store

Whether you’re going to Lenox Mall or your local Walmart, shopping is going to be a headache this year, to say the least. An estimated $807 billion is expected to be spent this holiday season — up 4.5% from last year. That means shoppers will be out in full force, and the hottest toys and gadgets may be in limited supply.

Try to get your shopping done as early as possible to avoid the real rush right before Christmas. If you are stuck in the store with a lot of other shoppers, keep your cool. Getting into an altercation will not make your holiday experience better. In fact, you could find yourself charged with assault and/or battery. Getting that drone or dollhouse just isn’t worth it; in fact, you can probably find it online, if you don’t mind waiting for shipping.

DO: Make Your Flight On Time
DON’T: Bring a Gun to the Airport

Hartsfield-Jackson Atlanta International Airport is going to be a zoo this holiday season. Nearly 3 million people flew out of the Atlanta airport in 2017, and that number probably won’t drop too much this year. Be ready for congested traffic, long security lines and overcrowded terminals. Be sure to get to the airport early if you want to make your flight on time.

While there’s not much you can do to make the process go faster, you should know that trying to get through security checkpoints with a gun on you is a federal offense. Make sure you check every bag you’re bringing to ensure there are no weapons in them. If you do need to bring your gun on your trip, make sure it’s packed and checked properly.

If you’ve ever driven through Atlanta at rush hour, you know how I-75, I-285 and other highways turn into parking lots. During the holiday season, that’s how traffic is going to be most of the time. Between football games at Mercedes-Benz Stadium, last-minute shopping at malls and holiday events throughout the city, trying to get anywhere will be a hassle.

It’s important in these times to keep your cool. Atlanta Police will be especially vigilant of aggressive drivers during this season. Traffic tickets will be given often in and around the city, and you don’t want to be one of the drivers saddled with that cost on top of everything else. Drive defensively, and take MARTA and other modes of transportation when you can.

DO: Decorate Your Tree Safely
DON’T: Cut Down a Tree in a Public Park

Believe it or not, decoration mishaps are the leading cause of holiday injuries. Whether you’re on a ladder to string Christmas lights on your house or on your tree, do so carefully. Never let young children play with or hang glass bulbs. They can hurt themselves with the hooks, or cut themselves if the bulb shatters.

When you’re picking a Christmas tree, do so carefully. Don’t assume you can just cut down any old tree. If it’s on public land, such as in a park, you could be charged with criminal damage to property. Either cut down a tree on your own property or, better, visit a Christmas tree farm and buy one. Of course, to avoid the hassle of having a real tree (including the fire hazard of dry trees), opt for an artificial one.

Don’t Let a Crime Ruin Your Holiday Season in Atlanta

While the holiday season is one of family, joy and gift-giving, it can quickly turn sour if you’re charged with a crime. If you do find yourself arrested for a crime this season, reach out to a criminal defense attorney at Hawkins, Spizman & Fortas immediately for a free, no-obligation consultation.

We’ll review the details of your case and advise you on the best steps moving forward. Don’t let an arrest ruin your holidays. Give us a call today!