Can Breathalyzers Tell If You Are High While Driving? 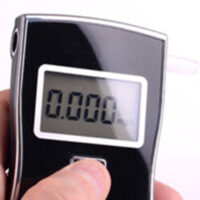 Across the country state after state is legalizing the recreational use of marijuana. But here in Georgia, recreational marijuana smoking is not permitted. So, if you do not have a medical marijuana card, you should not consume the plant. Still, even if you have a legal medical marijuana card, if you are going to consume, it should be noted that it can affect your ability to drive your vehicle safely. It is not just alcohol that should be avoided when driving, but other substances including marijuana and even over-the-counter prescriptions that can alter behavior should not be consumed when driving is necessary.

If you have been arrested for Driving Under the Influence or Driving Under the Influence of Drugs in Georgia, then it is critical to the outcome of your case and your future that you get in touch with an experienced Dekalb County DUI lawyer. The effective and seasoned legal team at Hawkins Spizman Trial Lawyers is here for you and ready to help you beat your charges.

How Can a Driver Be Pulled Over if They Drove After Smoking Marijuana?

Researchers are working on developing devices that can detect marijuana. But, even though breathalyzers currently are not going to be able to identify the existence of marijuana, there are things that a police officer may notice which can indicate that a driver is intoxicated. Should a police officer have a reasonable belief that a driver may be under the influence of drugs or alcohol they can and will pull a driver over.

When a driver only has weed in their system, then an officer may ask the driver to perform field sobriety tests or ask for a sample of their blood, urine, or saliva to be tested. A driver has the absolute right to say no to these tests, but as a result, the driver should be prepared to lose their license. This loss of license will be for a year and there may be no other provisions to drive in any capacity during that year’s timeframe. Challenging or appealing a license suspension is possible, though.

It can be a difficult decision to figure out what makes the best sense when it comes to taking a chemical test or refusing one. Ultimately, the most advantageous thing to do after an Atlanta DUI arrest is to connect with an Atlanta DUI attorney for support and guidance.

The trusted DeKalb County DUI attorneys at Hawkins Spizman Trial Lawyers are here for you when you need assistance with establishing a strong criminal defense strategy. To learn more, please call 770-685-6400 to schedule a free initial case evaluation.

By Hawkins Spizman | Posted on August 18, 2022
« How A DUI Can Affect College Acceptance
Is It Possible To Be A Rideshare Driver With A DUI Conviction? »