Can I Sue A Hospital For Negligence? 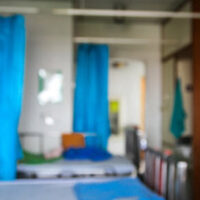 Medical negligence is one of the leading causes of injury in the United States, and one of the most common places for these injuries to occur is in hospitals. Medical negligence can take the form of everything from surgical to dosage errors. Misdiagnosis, failure to treat, and negligence in aftercare can all create standing to bring a claim. However, it’s not always clear who you can bring the claim against. Is the hospital liable for injuries caused by its doctors and medical practitioners?

Medical negligence can cause injuries that have life-altering consequences and result in catastrophic medical bills. Some surgical errors which affect the brain or spinal cord can leave the patient in need of lifetime in-home care. Without a mechanism for recovery, these people would be doomed. Luckily, personal injury lawsuits exist to restore injured parties to the position they were in financially before the harm occurred. The information in this article is intended to be general. However, if you would like to speak to an experienced Fulton County personal injury attorney, contact Hawkins Spizman Trial lawyers to schedule a free consultation.

When is a Hospital Liable for a Doctor’s Actions?

Under the legal theory of respondeat superior, an employer can be held liable for the actions of its employees. Under this theory, a hospital may be held accountable (via a lawsuit) for the actions of its physicians. The problem is, many physicians who work at hospitals are not employees of the hospital, but rather independent contractors. The hospital will deny liability in these cases. It is still possible that you may be able to establish liability if the doctor or other medical provider who caused the harm appeared to be acting as an agent of the hospital.

If the negligent physician was a hospital employee, the hospital may be held liable if they had reason to know that the physician was underqualified, had a history of making such mistakes, or would otherwise put patients at risk. Additionally, if the hospital failed to perform necessary background checks which would have revealed such information, they will be held accountable as if they had known. Further, inadequate hospital staffing can lead to a shortage of doctors and an increase in medical errors. If you suffered harm as a result of a hospital’s understaffing, you may be able to hold them liable for your injuries.

It’s also important to remember that not all injuries suffered in a hospital equate to medical negligence. Rather, in order to hold a physician or hospital liable for your injuries, you must have suffered harm as a direct result of negligence on the part of the doctor, medical professional, or hospital. It is not enough that the hospital was negligent or that you suffered an injury. Rather, there must be a causal link between the two.

If you have suffered an injury due to a doctor or hospital’s negligence that could have been avoided, Hawkins Spizman Trial Lawyers can help you hold the negligent parties responsible and will fight to get you the compensation that you deserve. If you were injured in the Atlanta, Dunwoody, Alpharetta, Cobb County, Fulton County, Gwinnett County, Johns Creek, Sandy Springs, or greater Georgia area, don’t hesitate. Contact Hawkins Spizman Trial Lawyers today and schedule your free consultation.

By Hawkins Spizman | Posted on October 28, 2021
« Have You Suffered Food Poisoning?
Understanding Concussions »