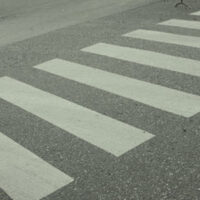 A 55-year old man who was driving a Porsche Cayman on I-85 is now facing an overwhelming slew of charges after a tragic and avoidable accident, including DUI, felony murder, speeding, improper lane change, vehicular manslaughter, fleeing and eluding police, reckless driving, and driving without a license. According to a state trooper, the Porsche was speeding on I-85, and at one point reportedly hit a speed of 120 miles per hour, nearly twice the legal speed limit. When the state trooper attempted to pull over the Porsche, the driver accelerated and refused to pull over, instead frantically changing lanes in an effort to avoid the police officer. The trooper reported that upon improperly changing lanes at such a high speed, the driver lost control over the Porsche and veered into the emergency lane, where he collided with a 22-year-old man who was stranded by his broken-down vehicle.

The man is said to have been killed instantly upon impact. The trooper said that the Porsche careened toward the 22-year-old such that the man was unable to move in time to avoid the collision. The man’s vehicle had just been loaded onto a tow truck. The driver of the tow truck was standing by the man who was hit but was able to jump over a concrete barrier just in time to avoid being hit. The driver of the Porsche has been arrested and is being held without bond. The investigation into the accident is still ongoing.

When a driver breaks the law by driving under the influence, speeding, or violating other laws or traffic regulations, they become liable for any harm that occurs as a result. This is true whenever a driver is negligent, such as by driving distracted or drowsy or forgetting to check the lane next to them before merging. However, in the case of illegal conduct such as a DUI, the driver is automatically presumed negligent and it does not have to be established in court in order for you to recover. This is known as negligence per se, and it can greatly streamline the recovery process. Bringing a personal injury lawsuit against a drunk driver who hit you and caused you physical harm or the loss of a loved one allows you to recover for all costs incurred as a result of the accident. You can also pursue compensation for pain and suffering endured due to the accident. In some cases, such as the one above, punitive damages may also be appropriate. The case above is a good example of when punitive damages are likely to be awarded in a personal injury case. Unlike most damages which are intended to restore a victim to financial wholeness, punitive damages are awarded to punish the offender for particularly outrageous, malicious, or reckless conduct.

If you or a loved one have suffered serious injuries or even death as a result of being hit by a drunk driver in Atlanta, Dunwoody, Alpharetta, Cobb County, Fulton County, Gwinnett County, Johns Creek, Sandy Springs, or elsewhere in Georgia, the personal injury attorneys at Hawkins Spizman Trial Lawyers will zealously advocate on your behalf to get you the settlement you deserve. Contact our Sandy Springs personal injury lawyers today to schedule a free consultation.

By Hawkins Spizman | Posted on June 20, 2022
« Have You Been Injured In A Side-Impact Collision?
Have You Suffered A Brain Injury Due To A Car Accident? »