How Does Georgia’s “Act Of God” Defense Apply To Car Accident Cases? 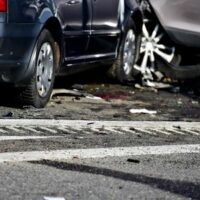 Sometimes we can do everything right, and a force outside of our control can still cause us to wind up in a tragic accident. The fact that such accidents are unavoidable does not mean that we do not still have to face consequences for them. However, a true act of God can serve as an affirmative defense in a car accident case. An affirmative defense is a special kind of defense, because it essentially presumes your stance and puts the burden on the prosecution to “pierce” the defense or prove otherwise. There are a number of affirmative defenses available, but the Act of God defense is arguably the most niche. A Georgia personal injury lawyer can help you determine the best defense and legal strategy in your case. In this article, we will examine and understand the Act of God defense to give you an idea of whether it may apply to your case. However, it can be a fairly complicated defense, so it’s critical that you speak with a lawyer. If you would like to speak one-on-one with a dedicated Gwinnett County personal injury attorney, contact our office today.

The Act of God affirmative defense applies in the context of car accident cases when a force outside of your control causes an accident. It is important that this force is inevitable, and outside the realm of human agency, meaning that there is nothing you did to cause it and nothing you could have done to prevent it. Usually, this defense comes into play when there has been a natural disaster or medical emergency. For instance, you may have had a stroke while you were driving and crashed into another car. Earthquakes, flash floods, tornadoes, and other natural disasters are also bases to invoke this affirmative defense. In a recent Georgia car accident case, a woman who hit an elderly man and his dog while they were walking through a crosswalk invoked the Act of God defense by claiming that the sunlight made it impossible to see the pedestrian. The prosecution argued that the sunshine alone was not responsible for the accident, as she continued to drive forward despite being unable to see, declined to put on the sunglasses that she had in her car or to use her visor to mitigate the risk, so her actions ultimately were found to contribute to the harm, negating the defense which would have needed to be entirely out of her control. Additionally, the driver admitted that the sun had been in her eyes the entire time she was driving, so it was not a sudden and unforeseen event. This case also demonstrates why it is critical to have lawyers on your team who are knowledgeable about using this defense.

If you have been in a car accident in Atlanta, Dunwoody, Alpharetta, Cobb County, Fulton County, Gwinnett County, Johns Creek, Sandy Springs, or the greater Georgia area, our lawyers can help you develop the best possible defense. Contact Hawkins Spizman Trial Lawyers and schedule your free consultation today.

By Hawkins Spizman | Posted on January 23, 2023
« Did Bad Vehicle Maintenance Cause Your Crash?
Will My Personal Injury Case Go To Trial? »