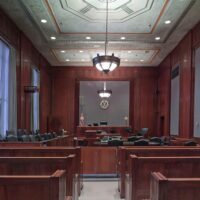 If you have received a jury summons in the mail and been tempted to rip it up, throw it in the garbage or otherwise ignore it, you aren’t alone. Jury duty means time off of work and a general upheaval to your schedule. Yes, it’s your civic duty, but no one said you had to be happy about it.

Thoughts of jury duty turn to time off work, difficulties finding a sitter or even having to miss class. Talk to your friend or family member and chances are they will tell you they find the thought of jury duty as an inconvenience.

You may be tempted to take the lid off the trash can and throw the slip in, but it’s important to know that a jury summons isn’t an invitation, it’s a legal order. Chances are high that you won’t even be picked for the actual jury, and ignoring the notice can be more trouble than you’re willing to take on.

The penalties you may be hit with if you decide to skip out on jury duty vary depending on whether you have been called to local or state court. They also vary from jurisdiction to jurisdiction and state to state.

In general, if you call and apologize for missing your jury duty for the first time, you may receive a stern warning and get rescheduled. After the first time, you can expect to be fined or, in some cases, jailed for choosing to shirk your duty. In Fayetteville, GA, for example, a man was sentenced to three days in jail in 1999 because he ignored jury duty. In 2003, Massachusetts leveled fines against close to 48,000 people who decided to miss jury duty. Los Angeles County and New York County have fined people as well.

You May Get a Little Bonus

Officials in the criminal justice system know that people don’t want to get “stuck” with jury duty. Some have come up with incentives to get people to show up. In some areas, people are compensated up to $15 a day for participating.

In other areas, people are given cheaper or free parking, coupons to local restaurants and more. $15 a day may not sound like much, and it isn’t if you get assigned to a lengthy case, so some jurisdictions are looking to up the amount of compensation for those actually sitting on a jury.

When it comes to jury duty — or getting out of it — everyone knows someone who knows something. Let’s take a look at the top four myths surrounding jury duty.

1) The Court Won’t Consider a Hardship

In some cases, people work in jobs where they won’t be paid if they serve on a jury. While your boss can’t fire you, they don’t necessarily have to pay you. This can cause an extreme hardship if you are chosen for jury duty and off work for a week or more. If you work for someone who won’t pay you for your time off to serve, speak up. The judge doesn’t want to cause havoc for you or your family.

You may also be able to prove a hardship if you have non-refundable travel tickets, finals at school that cannot be missed, or other life issues. It’s at the judge’s discretion of course, but if you have a valid hardship you can prove, you’ll likely be dismissed.

2) Bias Will Get You Off

It’s not unusual for people to believe that if they say they are biased in some way, the judge will automatically dismiss them. This isn’t the case. A judge and lawyers have heard all the tricks in the book when it comes to people trying to get eliminated from the jury pool.

If you think that telling the lawyers and judge that the defendant “looks guilty” is going to get you sent home, you should probably think again.

3) You’re Going to Get Fired

Like we’ve already mentioned, you can’t get fired for being ordered to serve on a jury or simply for having to go sit in the jury pool and wait to be picked. If your boss threatens to fire you, they face fines and jail time.

If your boss does threaten you, you can speak to the Trial Court Administrator or the appropriate party in the courthouse for guidance.

4) You’ll Be Away From Home for Weeks

Few cases end up with a “sequestered” jury. Your chances of ending up shuttered in a hotel room with no television and no contact with the outside world is extremely rare.

A judge often orders this as a last resort, relying on a variety of options before a decision that impacts people’s lives is made.

Our Atlanta Criminal Defense Attorneys are Here for You

You may be tempted to ignore your jury summons. You might think that no one will notice if you aren’t there. You’d be wrong. There are penalties for ignoring your civic duty that far outweigh the minor inconvenience of having to appear.

If you are charged with a crime, even if it’s for skipping jury duty, you should speak with an Atlanta criminal defense attorney as soon as possible. Give us a call today, and we’ll review the details of your charges and discuss your legal options with you during a free case evaluation. Contact office today to schedule your consultation.

By Hawkins Spizman | Posted on October 15, 2018
« Why Halloween Is a Terrible Time to Be Driving
Can I Legally Avoid a DUI Checkpoint in Atlanta? »