Car Crash Fatalities Are At A Record-Breaking High 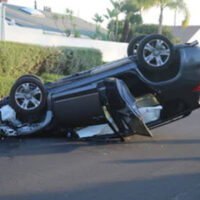 Ever since the pandemic started, there has been a significant increase in speeding, reckless driving, and driving under the influence on our roadways in Georgia. Experts initially explained this increase by saying that the unusually empty roads and reduced police presence created a crime of opportunity which many people took advantage of by speeding. Now statistics released by the U.S. Department of Transportation reflect that speeding has been a contributing factor in nearly half of all fatal car accidents, which have increased by almost 20% since before the pandemic began in 2020. This is a record-breaking increase, and the largest increase reported since 2006, which has led the U.S. Department of Transportation to declare the increase in roadway fatalities a crisis and to begin implementing a plan to make highways safer and to reduce and more stringently enforce speed limits.

As roadway fatalities increase nationwide, Atlanta is no exception. Georgia boasts some of the busiest highways in the country and has seen a steady increase in traffic accidents, roadway fatalities, and DUIs over the past two years. The state government has been working to implement a plan to reduce fatalities related to traffic accidents, but the numbers continue to stack up. This has left many Georgia residents with wrecked cars, injuries, and medical bills piling up. Luckily, there are options available to help anyone who has been affected by a negligently-caused car accident.

Have You Been in an Atlanta Car Accident?

If you have been in a vehicle collision in Atlanta or the greater Georgia area that was not your fault, statistically, there is a good chance that speeding was involved. This is important because if the other driver was speeding, it means that they were breaking the law, and thus, they will automatically be presumed negligent. This is because any violation of Georgia’s traffic laws creates a presumption under the doctrine of negligence per se. This presumption is very hard for the other party to overcome, so it increases your chances of recovery and streamlines the process by eliminating the need to establish negligence and causation. Instead, all you must prove is that you were injured and suffered financial harm as the result of your injury. This financial harm can be demonstrated with medical bills, lost wages, or by showing any other costs incurred as a direct result of the injury that you sustained in the accident due to the other party’s negligence.

Serving Atlanta, Dunwoody, Alpharetta, Cobb County, Fulton County, Gwinnett County, Johns Creek, Sandy Springs, or elsewhere in Georgia, the experienced personal injury attorneys at Hawkins Spizman Trial Lawyers are ready to fight for you. If you have been injured in a negligent driving accident, our lawyers will make sure that you get the full amount of compensation that you are entitled to and that the negligent party is held accountable. Call our Cobb County personal injury lawyers today to schedule your free consultation.

By Hawkins Spizman | Posted on July 6, 2022
« Signs You Are Suffering From Whiplash
When Does A Georgia DUI Result In A Required Clinical Evaluation? »