Defenses To Fleeing From The Police In Georgia 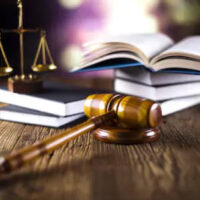 As you can imagine, police do not like it when you run from them. It makes their job harder, and it puts other drivers and pedestrians at risk. Under Georgia law, fleeing the police when they try to pull you over is charged as fleeing and attempting to elude. This is one of the most serious driving offenses, and is charged either as a high misdemeanor or a felony, depending on the circumstances and the presence of aggravating factors. Many people underestimate the severity of these charges until they find themselves sitting in prison for 5 years with a $5,000 fine to pay off. For this reason, if you are facing fleeing and attempting to elude charges in Georgia, it is critical that you be proactive. It’s important to familiarize yourself with the charges so that you understand what you are being charged with and so that you will be able to advocate for yourself. One of the best ways that you can be proactive and protect yourself in this situation is by hiring an experienced Georgia criminal defense attorney to represent you.

As noted above, fleeing and attempting to elude can be charged as a misdemeanor or a felony depending on the presence of aggravating factors. Only one aggravating factor must be present in order for the misdemeanor charge to become a felony. Aggravating factors include things like traveling at least 20 miles over the speed limit, hitting another car or person while fleeing, leaving the state, putting others at risk, or driving under the influence. Having a felony on your record will change your life in a lot of ways, and can affect everything from your housing and employment options to your ability to vote. A lawyer can help you fight these charges. They may be able to have the charges dismissed or reduced. It is possible for felony charges to be reduced to a misdemeanor in Georgia, but only an experienced attorney is likely to have the expertise necessary to make that happen. If your case does proceed to trial, your lawyer can assert defenses to keep you from being convicted.

Defenses to Fleeing and Attempting to Elude in Georgia

There are some defenses available if you have been charged with fleeing and attempting to elude in Georgia. The best defense will depend on the specific facts and circumstances of your case, and it is best to consult with a lawyer to develop a solid defense strategy. However, it’s important that you were able to tell that it was a police officer who was pulling you over. If the police officer was in plain clothes or an unmarked car, or if there was some other reason that you could not reasonably tell or believe that they were an officer, this can be a defense to these charges. Additionally, if the officer’s directions were not clear, and it was not reasonably understandable that they were instructing you to stop, this can also serve as a defense.

By Hawkins Spizman | Posted on May 20, 2022
« Fleeing Or Attempting To Elude In Georgia
What Happens If I Refuse A Breathalyzer Test In Atlanta? »