Fleeing Or Attempting To Elude In Georgia 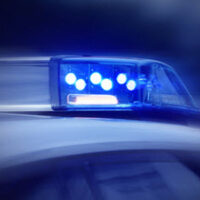 Many people panic when they notice a police officer turning on their lights and sirens behind them. Their legs may go numb, or they may worry about being charged with a crime. In a moment of fear and poor judgment, they may decide to keep driving instead of pulling over. When this occurs, however, they will likely end up in far more trouble than they would have if they had simply pulled over in the first place. Fleeing or attempting to elude the police is a high and aggravated misdemeanor under Georgia law. It is taken very seriously by police officers and the courts, and can come with long jail sentences and heavy fines. Because it is charged as a misdemeanor, some people may write it off and not worry too much about the outcome, but that would be a mistake. There are different levels of severity when it comes to misdemeanors and this one is towards the top of the list. Additionally, each time you are charged with this crime, the penalties become far more serious. There are also a number of aggravating factors that can affect the penalties and can keep you in jail for a long time if you choose not to fight it. Additionally, these aggravating factors can result in fleeing or attempting to elude being charged as a felony.

Aggravating Factors for Fleeing or Attempting to Elude in Georgia

Fleeing or attempting to elude is generally charged in combination with other offenses, such as driving under the influence, reckless driving, or commissioning of a crime. After all, most people who don’t stop have something they don’t want to be caught doing, although it can certainly be an innocent panic response or human error (such as not realizing the officer was referring to them) as well. If certain aggravating factors are present, this crime can be charged as a felony and the penalties will significantly heighten. Some of these aggravating factors include things like going 20 miles per hour or more over the speed limit, hitting another car or person while fleeing, putting the public at risk of serious injury, and leaving the state. The commission of any one of these aggravating factors can result in a felony charge. These charges carry possible penalties of up to 5 years in prison and a $5,000 fine. A lawyer may be able to help get your charges dismissed or reduced. It is possible in Georgia to have a felony charge reduced to a misdemeanor, however, that is unlikely to happen without experienced counsel fighting for that outcome. The sooner that you consult with an attorney, the sooner they can start working to get your charges dropped.

If you are facing fleeing and attempting to elude charges in Atlanta, Dunwoody, Alpharetta, Cobb County, Fulton County, Gwinnett County, Johns Creek, or Sandy Springs, you need experienced legal counsel on your side. Our Georgia criminal defense attorneys will fight to get your charges dropped or reduced. Contact Hawkins Spizman Trial Lawyers today to schedule a consultation.

By Hawkins Spizman | Posted on May 19, 2022
« Were You In A Car Accident While Working?
Defenses To Fleeing From The Police In Georgia »