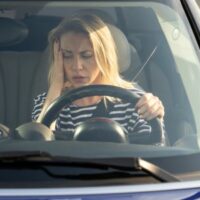 Getting arrested and convicted of just one DUI in Georgia can turn your life upside down and make it much more difficult. A DUI arrest may mean you could have issues with your current job or if you are unemployed and looking for work, it may be much harder to find. Getting into a good apartment or obtaining a loan for a home may also be a more challenging proposition. And while this is true for one DUI conviction, being arrested and convicted a second time for a DUI can be devastating to your ability to preserve a better life and secure prosperous opportunities.

It is incredibly important that if you were arrested for a DUI that you get in touch with an experienced DeKalb County DUI attorney at Hawkins Spizman Trial Lawyers. Our legal team understands the significant negative impact one or more DUI convictions can have on a person’s life. As former DUI prosecutors, our team knows Georgia’s criminal justice system and how it treats DUI charges. We will strategically fight on your behalf to secure the best possible outcome for your situation.

How Long Does A DUI Impact a Driver in Georgia?

The lookback rules in Georgia with respect to DUI convictions will impact how severely one is criminally penalized when they are arrested and convicted of multiple DUIs. For example, Georgia’s 10-year rule means that if you already have a DUI conviction on your record, if it is less than 10 years old and you are convicted a second time, then because you have two DUI convictions in 10 years, your sentence is going to be made harsher as a matter of law.

As a result, in this scenario, one would have to spend a minimum of 72 hours behind bars and be subject to a fine of no less than $600 or as high as $1,000. In addition, it will be required that you have to go to DUI school, be on probation for 12 months, have a clinical evaluation done, and finally complete 240 hours of community service.  These are the minimum mandatory penalties, and most jurisdictions in Georgia do not give the minimum.  Heavier fines and additional jail time are common in many courts.

In some situations, with just one DUI arrest that you have on your record even if it is older than 10 years, a prosecutor may still decide to pursue these enhanced penalties.

Now let’s say you have one DUI already on your record and your next one comes sooner, within five years. Here, you are facing even more substantial penalties because of how close together your DUI convictions are. Not only will you be subject to the enhanced penalties from the 10-year lookback guidelines above, but you will also give up your license and pay out of your own pocket to have your photo taken and published in your local newspaper.  Your driver’s license will be also be suspended for no less than 18 months, and you will be required after that to install an Ignition Interlock Device on any car you drive.

Georgia’s DUI lookback policies are very serious and should be taken as such. The impact they can have on your life can be significant and even life-altering. It is best to work with the highest quality legal representation in and around Atlanta if you are arrested for a DUI. Call the DeKalb County DUI defense lawyers at Hawkins Spizman at 770-685-6400 to schedule a free consultation to discuss your situation.

By Hawkins Spizman | Posted on July 28, 2022
« When Does A Georgia DUI Result In A Required Clinical Evaluation?
Why Age Matters For A Georgia DUI Arrest »