How Severe Are DUI Penalties For Commercial Drivers In Georgia? 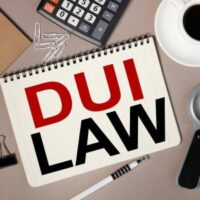 A DUI charge in Georgia is serious no matter who is the driver. But, for commercial drivers, the rules are different than they are for private drivers and the punishments are much higher for just even the first offense. With commercial vehicles increasing on the roads throughout the United States, there happen to be much more accidents happening that involve these vehicles. Often, due to the larger size and increased weight that these vehicles have when compared to much smaller private vehicles, these accidents tend to produce catastrophic outcomes. This is one of the reasons why the laws are a bit different when it comes to drinking and driving as a commercial driver.

It is imperative that when you are arrested for a DUI that you have the most experienced and seasoned legal defense professional on your side strategically protecting your rights. In Georgia, the DeKalb County DUI attorneys at Hawkins Spizman Trial Attorneys are here for you in these instances. The legal team at Hawkins Spizman has the resources and know-how to secure the best results possible for victims facing criminal charges in Georgia like a DUI.

What Happens When a Commercial Driver in Georgia is Convicted of a DUI?

Georgia’s traffic laws state that when a person holds a Georgia commercial driver’s license (CDL), they are able to operate certain types of vehicles that others with a normal driver’s license cannot. These vehicles will typically be quite large with a gross vehicle weight rating of over 26,001 and transport either people or property. Drivers have to have special training to obtain a CDL license. While the driver’s license is different and specialized for commercial drivers, so are the traffic laws they follow which vary for private drivers.

A commercial driver that is convicted of a DUI in Georgia faces severe punishments including:

The penalties for a commercial driver being convicted of a DUI are substantial and tough. It is necessary to have the best defense strategy to overcome such charges and secure the most advantageous outcome. This is where the Georgia DUI attorneys at Hawkins Spizman Trial Attorneys can help. Call today to schedule a free consultation at 770-685-6400.  Mike Hawkins is Board Certified in DUI Defense by the National College for DUI Defense, as recognized by the American Bar Association.  As of this writing, there are only 4 lawyers in Georgia who have passed the board certification exam.

By Hawkins Spizman | Posted on August 26, 2022
« What Is Blood Alcohol Concentration?
Examples Of Defense Strategies For DUI Homicide »