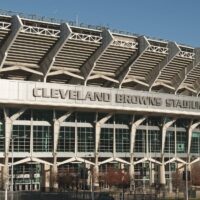 On November 14, an attack occurred against Steelers player, Mason Rudolph. Rudolph was attacked by Browns player Myles Garrett when Garrett tore off Rudolph’s helmet in anger and used it to smack Rudolph on the top of his head. There were eight seconds left in the game when the fight happened between the two, multiple players joined in as well. Everyone was left shocked by the event and curious to find out what actions would take place next.

The NFL decided to suspend Garrett without pay indefinitely. At minimum, this suspension will remain for the rest of the regular season and postseason. It was stated in a tweet by the NFL senior vice president that Garrett will have to meet with the commissioner’s office to come to a decision on his reinstatement.

Another question some are wondering is whether or not Garrett is going to face charges due to his actions on the field. Since football is a contact sport, the lines are blurred when it comes to “assault” taking place on the field. Players are required to consent to the risk of injury and since they are paid, this typically prevents them from taking legal action against other players if an injury occurs.

A couple of attorneys gave insight as to what they believed could happen regarding the incident on November 14th. Our own attorney with Hawkin Spizman Fortas, Justin Spizman, gave a quote to NBC stating that the video of the brawl shows Rudolph placing his hands on Garrett first. This evidence could make it hard for Rudolph to press charges because Garrett can say he was acting act out self-defense. Spizman also added that despite the actions, Rudolph did not deserve to get smacked in the head with a helmet. It was concluded that charges may be unnecessary if Rudolph does not have any lasting or critical injuries. After the trauma to his head, Rudolph seemed unphased and continued to walk around which can prove the force was not very strong to cause impairment.

At Hawkins Spizman Fortas, we are committed to investigating personal injury cases and finding out what the best option is for our clients. If you or a loved one has been injured due to an act of violence or negligence, contact an attorney at our law firm today.

By Hawkins Spizman | Posted on November 21, 2019
« How to Prove Fault in an Accident, According to Georgia Law
Challenging Mandatory Mask Ordinances in Dunwoody and DeKalb County »