Close Menu
Georgia Criminal Defense Lawyers > Blog > Personal Injury > A Police Dog Bit Me. Do I Have A Claim?

A Police Dog Bit Me. Do I Have A Claim? 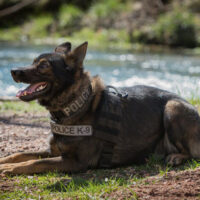 Dogs are supposed to be man’s best friend, but what happens when their best friend is out to get you? Georgia is surprisingly relaxed when it comes to regulations regarding the training and use of police K-9s, which means that not all dogs on the force will have consistent training or act to the same standard of reliability. This can have devastating effects for both criminal suspects and bystanders. In some cases, innocent bystanders have been attacked by police dogs and police have been unable to call the dogs off. Regardless of whether you were a bystander or a suspect, you have rights, and there may be legal avenues available to you to recover for your damages, pain, and suffering.

What to Know About Police-Dog Lawsuits

It’s important to understand that suing the police for an injury caused by a police K-9 is much different than suing a typical dog owner. Police are a government entity, and bringing a tort lawsuit against the government follows different protocols than bringing a personal injury lawsuit against a private citizen. For this reason, if you have been injured by a police dog, you should consult with an experienced Atlanta personal injury attorney as soon as possible to determine whether you have a claim and how to proceed. Additionally, if you were a suspect and were arrested subsequent to being injured by the dog, it is a good idea to talk to an attorney about how this may affect your criminal case.

When Can I Sue for an Injury Caused by a Police Dog?

While the police are afforded broad discretion in using police dogs and are given a great amount of deference in determining what is necessary to enforce the law and make apprehensions, they must do so reasonably. Police are generally permitted to use police dogs to chase down suspects, bite suspects, and hold suspects until the police are able to place them under arrest. However, if their use of the police dog crosses the threshold into excessive force or misuse, then they can be held accountable legally. Because of the lack of regulation around K-9s by police forces in Georgia, it can be hard to determine when they cross this line, but if you have suffered severe or even debilitating injuries as a result of a K-9 attack, or the police unnecessarily commanded the dog to attack you, or allowed it to continue attacking you after you were subdued and could have been placed under arrest, they may find themselves in this category.

If you have suffered a serious or even debilitating injury due to excessive force or misuse of a police dog in Atlanta, Dunwoody, Alpharetta, Cobb County, Fulton County, Gwinnett County, Johns Creek, Sandy Springs, or anywhere in Georgia, Hawkins Spizman Trial Lawyers want to help you get the justice and compensation that you deserve. Contact our Cobb County personal injury lawyers today to schedule a free consultation.

By Hawkins Spizman | Posted on March 21, 2022
« Can I Sue A Store If I Slip And Fall In Their Parking Lot In Georgia?
Were You Illegally Pulled Over In Georgia? »